Weekly Auctions of Exceptional Items
Log In
lots of lots

See Sold Price
Sell a Similar Item
Don't Miss Your Next Treasure.
Set up a search alert to hear when Paintings items arrive. 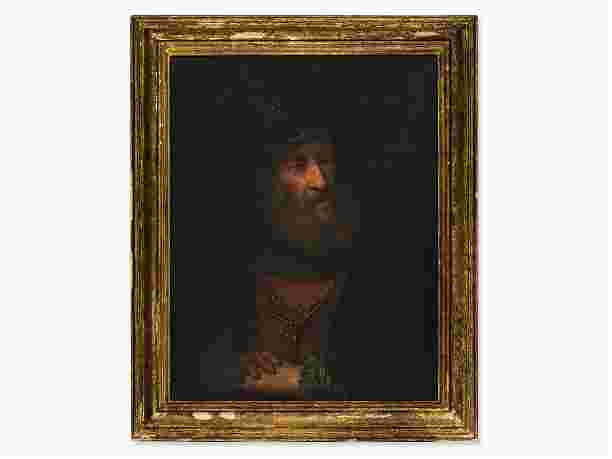 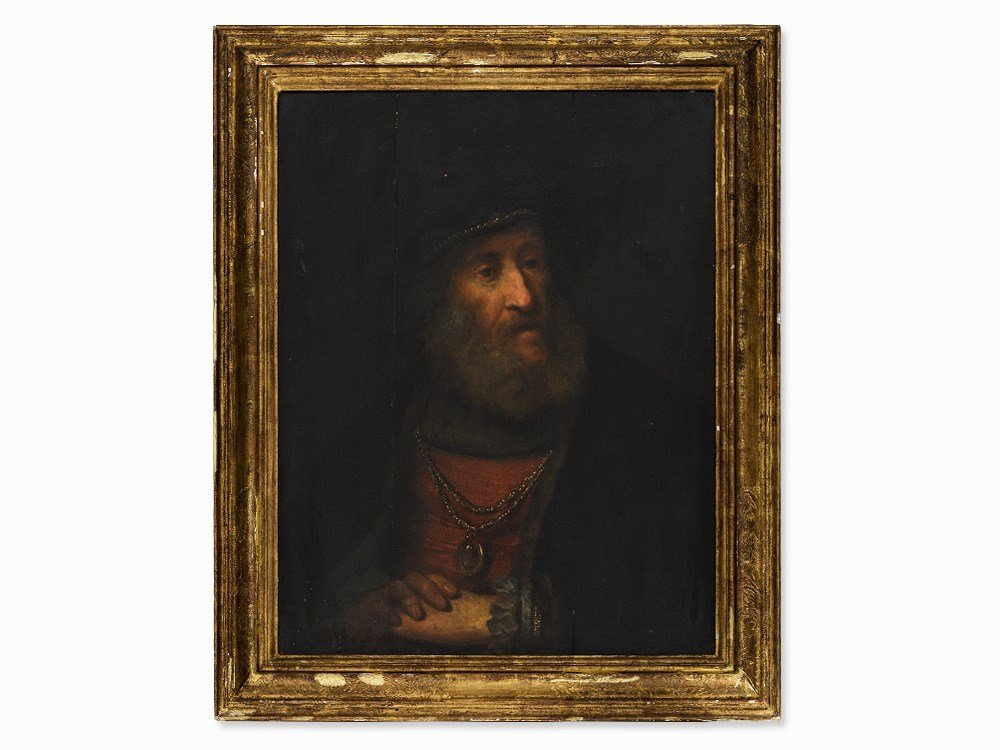 The present painting depicts the portrait of a bearded old man wearing a hat and a dark coat with a reddish robe and a fur collar underneath. The work is attributed to the German painter Christian Wilhelm Ernst Dietrich, whose oeuvre included all genres in art as well as all painting techniques known so far. Dietrich was very successful with his paintings executed in the original style of established Dutch painters such as Rembrandt van Rijn and Adriaen van Ostade. The man’s portrait offered here was carried out with picturesque brushwork and the selective use of light and shadow, so that the sitter appears only dimly in front of the black background. In this way, the painting immediately reminds of the portrait painting of Rembrandt and therefore proves the outstanding sensitivity of the artist working here.

The work is in good condition considering its age. The panel is composed of three parts held together by batons on the reverse. The paint surface is affected by small scratches, abrasions and some discolored restorations at the panel’s joins that are visible to the naked eye. Inspection under UV light areas of retouching to the background and the sitter. The frame shows traces of age and use. The framed work measures 84.5 x 68.5 cm and the panel measures 69.5 x 54 cm.

The painter Christian Wilhelm Ernst Dietrich, also called Dietricy, is regarded as one of the most important German painters of the 18th century. A son of a family of artists, he started his artistic training under Johann Alexander Thiele (1685-1752) in Dresden. He was appointed court painter by Augustus III. (1670-1733) and experienced the highest reputation in Dresden. Thanks to the support of his patron, Dietrich went on a study trip to Italy in 1743. Because of his outstanding achievements as a painter, etcher and engraver, Dietrich became an honorary member of the Art Academies in Augsburg, Bologna and Copenhagen. He was also appointed director of the school of painting of the Meissen porcelain factory in 1764, which was followed by his professorship at the Academy of Arts in Dresden. Dietrich’s works belong to numerous private collections and can be found in the museums in Celle, Dresden, Rudolstadt and Schwerin.

420 Followers
Get notifications from your favorite auctioneers.
Hill Auction Gallery online auctions by: